Your Wins, Your Rights, Your Fights

In 2016 we scored some amazing wins in the fight for your rights to connect and communicate.

We ended the year facing a new political reality. We’re moving fast to safeguard our victories — and standing in solidarity with communities under attack.

Free Press fights for your rights to connect and communicate.

We’re working to create a world where people have the information and opportunities they need to tell their own stories, hold leaders accountable, and participate in our democracy. We fight to save the free and open internet, curb runaway media consolidation, protect press freedom, and ensure diverse voices are represented in our media.

The impact? You’re free to share and access information online — without fear of internet service providers getting in your way.

In 2016, we defended the rules against multiple attacks

Companies like AT&T, Comcast and Verizon tried to overturn the FCC’s rules via a federal lawsuit and damaging legislation. With you by our side we defeated these companies at every turn.

Big phone and cable companies and their lobbyists filed suit almost as soon as the Net Neutrality rules were adopted. Free Press jumped in and helped argue the case defending the FCC — and in June a federal appeals court upheld the agency’s actions.

The ruling was a major victory for the millions and millions of internet users who fought for more than a decade to secure real Net Neutrality protections.

“The people have spoken, the courts have spoken and this should be the last word on Net Neutrality,” said Craig Aaron, president of the digital rights group Free Press.

In Congress: Fended Off Attacks on the Open Internet

In Congress: Fended Off Attacks on the Open Internet

AT&T, Comcast and Verizon have shelled out more than $1 billion on congressional lobbying since Net Neutrality became an issue more than a decade ago — and in 2016 lawmakers introduced multiple bills to undermine the FCC rules. One of the biggest threats: a sneak attack tucked inside a must-pass funding bill that would have made it impossible for the FCC to prevent companies like Comcast from harming their customers.

Free Press activists raised an outcry, and none of these measures moved forward.

Free Press urged the FCC to do more to protect internet users’ private information. In October, the FCC passed strong rules that require internet service providers to get your consent before they surveil, sell or collect personal data beyond what’s needed to provide broadband access.

“These rules mark a tremendous stride forward,” said Free Press Policy Counsel Gaurav Laroia. “They give internet users far more control over how their personal information may be used by AT&T, Comcast and other carriers.”

Free Press teamed up with a diverse network of groups to mobilize millions of activists — and together we scored some significant wins:

The Lifeline program was created to subsidize phone service for people with low incomes; we succeeded in pushing the FCC to modernize the program to make funds available for broadband service.

“Internet access is as essential to participating in today’s economy and society as a landline phone was 30 years ago,” said Free Press Policy Director Matt Wood. “It makes sense to give low-income Americans the ability to apply the Lifeline discount to broadband — the defining communications service of the 21st century.”

We partnered on a Color Of Change-led campaign to pressure tech companies to drop their financial support of the Donald Trump-led Republican National Convention. Companies including Amazon, Apple, Hewlett-Packard and Microsoft agreed to “divest from hate.”

“Really big companies don’t have any motivation to pull their support in any way without some pressure from everyday people,” said Mary Alice Crim of the Free Press Action Fund.

We pushed local authorities to drop the charges after Democracy Now’s Amy Goodman and other independent journalists were arrested for covering the Standing Rock Sioux Tribe’s protest over the North Dakota Access Pipeline. WIN: The charges were dropped.

By bringing communities and newsrooms together, our News Voices project is finding new ways to cover stories that matter, amplify previously excluded voices and refocus on local needs.

News Voices is active in six New Jersey communities: Asbury Park, Atlantic City, Camden, Morristown, Newark and New Brunswick. We launched our work with community events that connected residents with reporters and explored ways to strengthen local media. Our ongoing outreach in these cities has led to all kinds of amazing projects.

Calling for a Major Investment in Local Communities

Calling for a Major Investment in Local Communities

The FCC is wrapping up an auction worth billions of dollars that will redistribute the public airwaves from broadcasters to wireless companies. Our ambitious new campaign calls on the owners of public-TV stations sold in the auction to invest their windfall in media and technology projects that inform and engage the public.

New Jersey — perhaps more than any other state — is positioned to benefit from this once-in-a-lifetime opportunity. The state owns multiple public-TV stations, and we’re advocating to invest millions from their sale back in local communities to give Garden State residents essential news and information.

“A broad and exciting array of public interest initiatives, including digital news sites, blogs, podcasts, YouTube channels, public data sites, apps and civic engagement, could be built with some of the money generated by the auction. … We have a rare chance to strengthen communities by breathing new energy into local news and information.”

Free Press stands up for journalists and free speech. But we aren’t afraid to critique the media when it’s doing more harm than good.

Tackling the Media’s Coverage of Race and Politics

Tackling the Media’s Coverage of Race and Politics

“The language the media uses is coded so it comes across as acceptable,” said Free Press' Joseph Torres, who moderated the discussion. “But the message is clear. White supremacy is still very much in the framing of how the media covers issues related to people of color.”

Urging the Media to Reject Hate

Urging the Media to Reject Hate

Much of our activism in 2016 centered on pushing the media to operate with integrity: 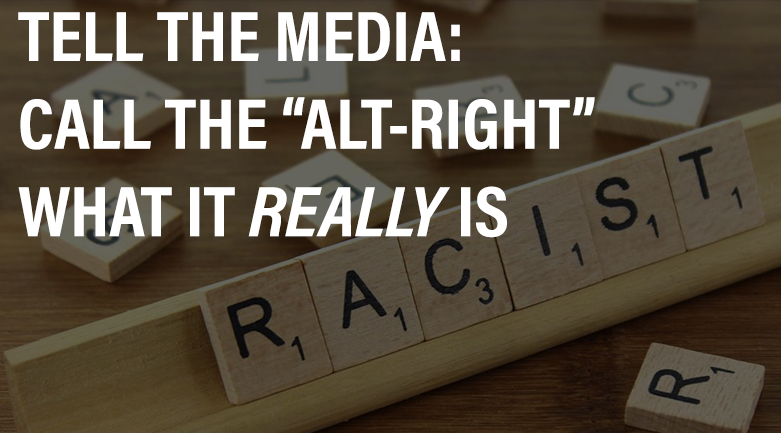 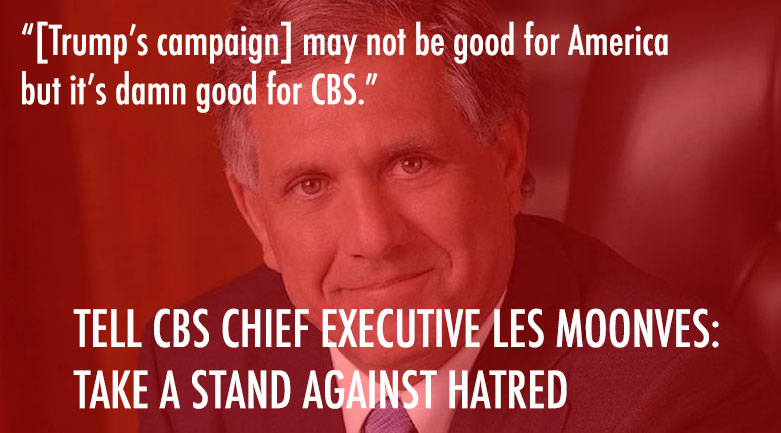 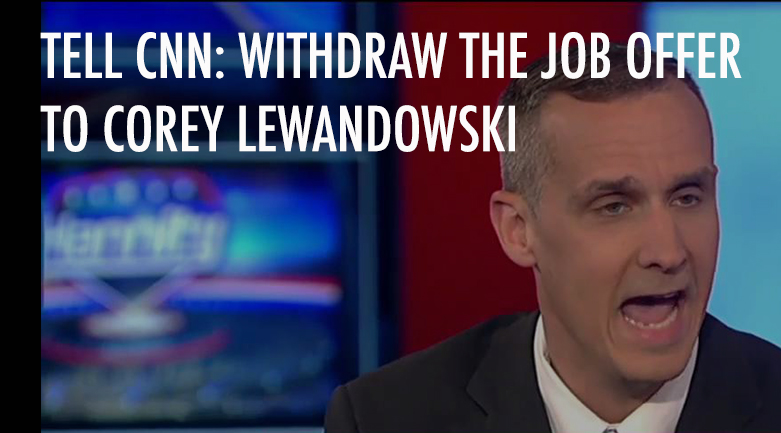 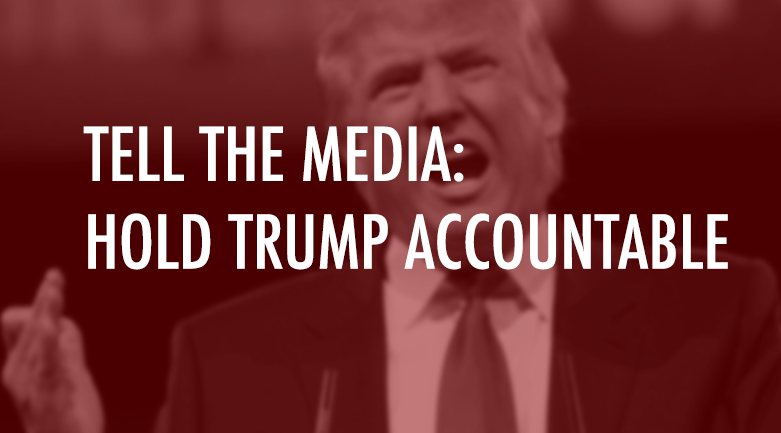 Free Press provided roadmaps for getting everyone online — and protecting your digital rights.

Our report, Digital Denied, shows that the digital divide disproportionately impacts people of color and stems from systemic racial discrimination. Our research shows that while income differences explain some of the racial divide, they don’t explain all of it. For example, many families who are willing to pay for service find they can’t due to racially biased barriers like credit scoring.

Our study points the way to solutions — and we will urge policymakers to implement them.

“Along with economic inequality, there is another culprit exacerbating the digital divide, according to a study by public interest group Free Press: systemic racial discrimination in housing, banking and other sectors of the economy, along with broadband-industry practices that pose barriers to internet adoption among marginalized groups.”

Your Rights Are in Jeopardy

The Trump team and its enablers pose a serious and immediate threat to our friends and families, our loved ones and our neighbors. We need the open internet to organize online and fight back, but the administration wants to roll back all of our victories — starting with Net Neutrality.

Trump picked Ajit Pai, a former Verizon lawyer, to chair the FCC. Pai has vowed to “take a weed whacker” to the Net Neutrality rules. He also opposes the new online privacy protections we won in 2016. Meanwhile, an emboldened Republican majority in Congress is likely to push all kinds of harmful legislation. We will fight to block their dangerous agendas.

Trump is attacking any news outlets that critique him, and he recently described the media as “the opposition party.” We need a free press to hold him accountable.

Just two companies, Charter and Comcast, now control nearly two-thirds of the nation’s high-speed internet subscribers. And now AT&T wants to buy Time Warner in a deal that would be one of the biggest media mergers ever.

The Dangers of Media Consolidation

The Dangers of Media Consolidation

In 2016, deals worth $90 billion merged the nation’s second-, third- and sixth-largest cable-TV and internet providers. You’ll foot the bill — and you’ll have nowhere else to turn.

The AT&T/Time Warner merger would harm consumers nationwide. AT&T is still fighting Net Neutrality and has helped the government engage in mass surveillance. Time Warner owns CNN, HBO, TBS and TNT, major movie franchises like Harry Potter and Batman, DC Comics … the list goes on. If this deal goes through, AT&T would control internet access for hundreds of millions of people and the content they view, enabling it to prioritize its own offerings and use sneaky tricks to undermine the open internet.

We’re fighting to stop this mega-merger.

“It’s a massive deal concentrating a huge amount of media power under one corporate umbrella,” said Craig Aaron, president of the consumer advocacy group Free Press. “Consumers benefit when companies have to negotiate and fight with each other.”

We can expect a major expansion of the surveillance state under Trump. We’re working with allies to engage Muslims, undocumented immigrants, communities of color, whistleblowers and others whose civil liberties and privacy are under threat.

The Dangers of Mass Spying

The Dangers of Mass Spying

People of color and other vulnerable communities have long been subject to government surveillance. In December, Free Press partnered with the Center for Media Justice, Color Of Change and Georgetown Law’s Center on Privacy & Technology to organize “Color of Freedom,” an event that brought together dozens of grassroots activists with leading surveillance experts to highlight threats and explore opportunities for collaboration. In the year ahead, we’ll work to ensure that the communities mass surveillance most impacts are front and center in the fight for reform.

Free Press kicked into gear right after Election Day, shaping our campaign to push back on hate and preserve our wins.

How We're Fighting Back

How We're Fighting Back

Standing Strong for the Fights Ahead

We’re strategizing with allies daily to prepare for the fights to save the Net Neutrality rules and defend press freedom. And we’re forging new relationships with labor, environmental, Jewish and Muslim groups to push back against Trump’s worst appointees.

Free Press is committed to addressing institutional and systemic racism in media and technology. In 2016, we did more to center race and racial equity in our work. We’re also putting into place equitable internal policies, diversifying our staff and board and supporting the leadership and success of staff of color.

We’re blessed to have an incredible crew of advocates and organizers who fight for your rights every day — and in 2017, we’ll be establishing a new presence in California and expanding our News Voices project to North Carolina. We’re grateful to have so many passionate and engaged activists across the country who are gearing up to take on the huge challenges ahead.

Free Press kept your rights to connect and communicate in the spotlight, earning more than 1,100 media hits in 2016.

Free Press and Free Press Action Fund are supported by gifts and grants from individuals, private foundations and public charities. Neither organization accepts funding from business, government or political parties.

For more information, see the complete audited financial statements and accompanying notes on our website at freepress.net/about.