Your Rights to Connect and Communicate Are in Danger

Dissenting voices, communities of color and the truth itself are all under attack. Decision-makers are undermining the open internet and making it harder for journalists to do their jobs. The stakes couldn’t be higher — and we need your help to keep fighting back.

A generous donor will match every dollar individual supporters give up to $50,000 by Dec. 31.

Fighting to Save Net Neutrality and Free Speech Online

People need Net Neutrality to advance their education, seek job opportunities, share their stories and fight for justice — but if Federal Communications Commission Chairman Ajit Pai has his way, the internet as we know it will be gone for good.

The open internet is the engine powering the resistance — making it a prime target for an administration determined to crack down on dissent. The open internet allows people to mobilize activists at a moment’s notice: It helped organizers get the word out about airport demonstrations against President Trump’s original Muslim ban. It’s fueling the Movement for Black Lives in the face of the Trump team’s racism. It’s allowed journalists to get the truth out when Trump and his enablers have worked to silence them.

The agency is expected to vote by year’s end on Pai’s plan to destroy the open internet. There’s every sign that the FCC's Republican majority will ignore the historic level of public opposition to this proposal and overturn the rules.

If that happens, companies like AT&T, Comcast and Verizon could block or otherwise interfere with all kinds of web content. This would have devastating impacts on everyone who relies on the open internet to tell their stories and fight for justice. 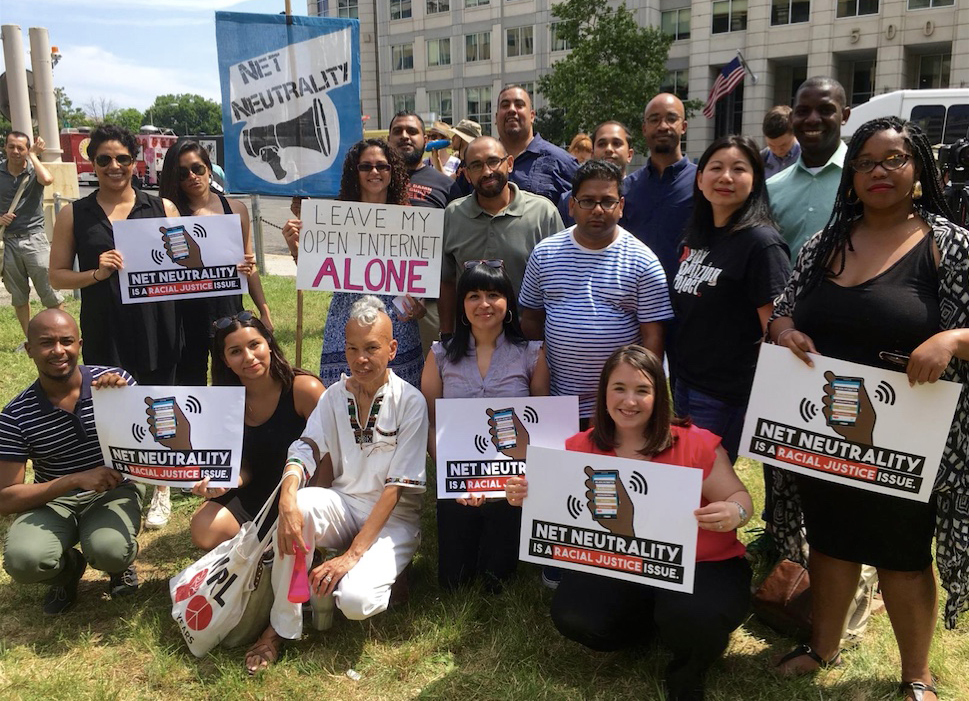 "Movements are built by the power of your voice, through social media and the internet."

More than 22 million comments were submitted on the agency’s destructive proposal. This is truly unprecedented: No government agency has ever received this many comments on any issue. The vast majority of individual comments urge the FCC to ditch this plan, and this feedback is building a strong public record. If the agency overturns the rules, we will take it to court.

"Without the internet, I wouldn’t have found the shelter I currently live in." 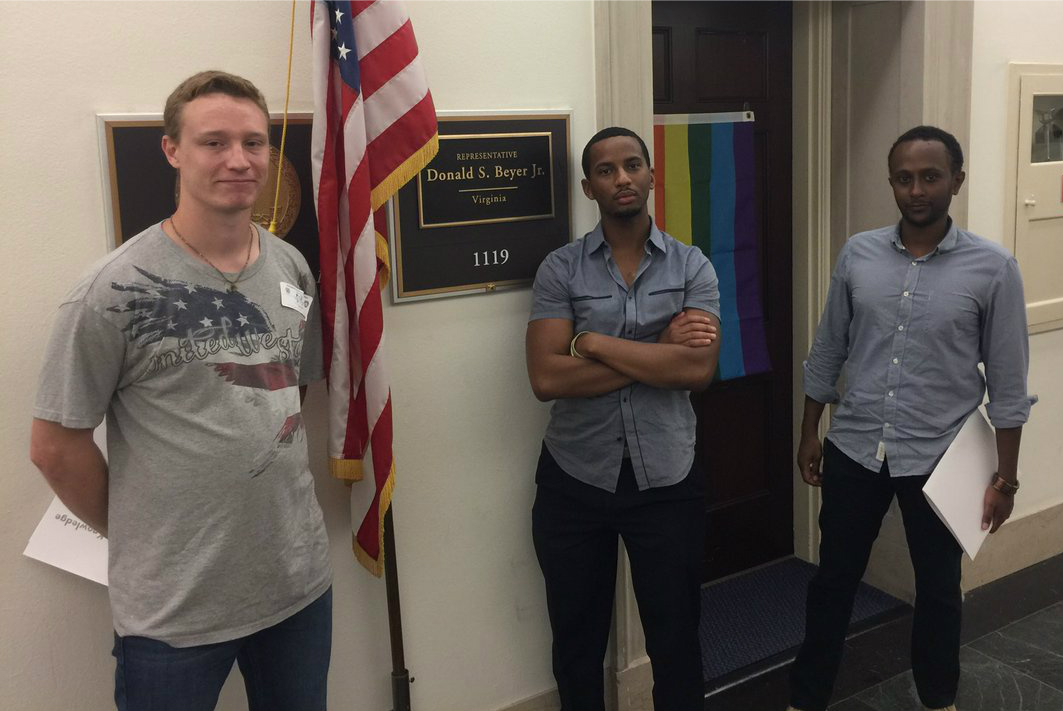 We’ve been educating members of Congress about how dangerous the FCC proposal is and have thwarted legislative attempts to undermine Net Neutrality. We’ll ramp up the pressure if lawmakers introduce any bills that could harm the open internet. 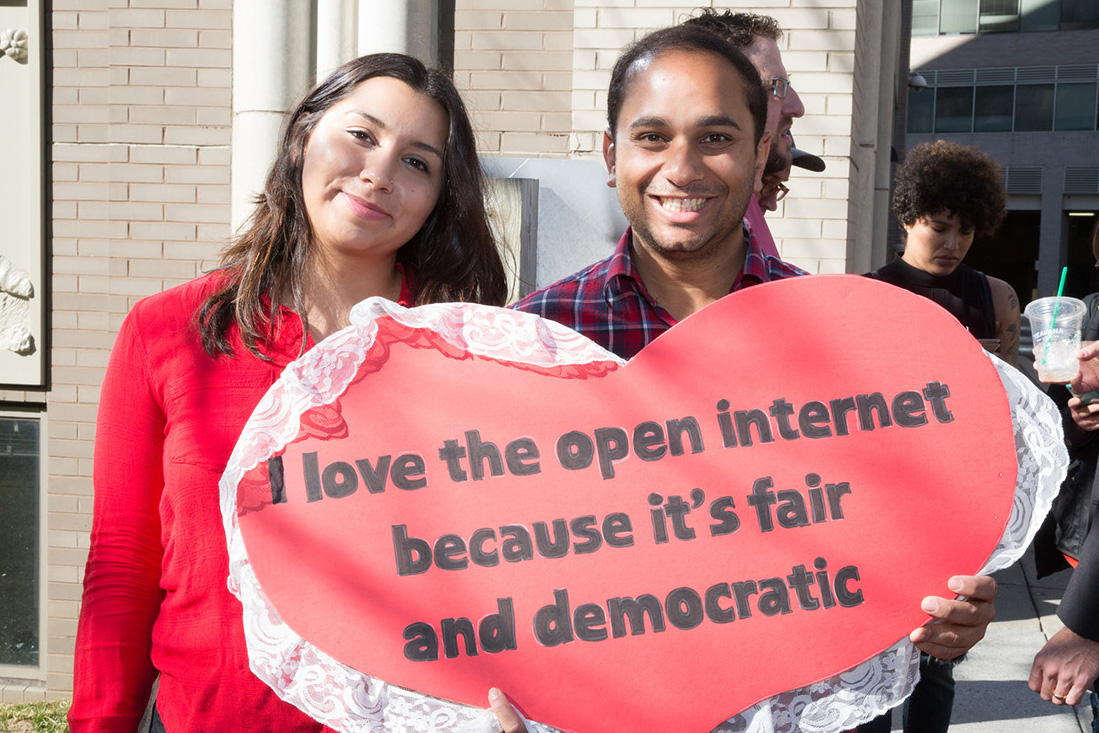 This summer we joined forces with Demand Progress and Fight for the Future to launch Team Internet. Since then we’ve trained thousands of Team Internet volunteers, who in turn are mobilizing hundreds of thousands of people to get more involved in the Net Neutrality fight. Activists have organized hundreds of meetings with their lawmakers and helped drive thousands to contact Congress. As the FCC moves to kill the Net Neutrality rules, we’ll organize more rallies and creative actions to show the public what’s at stake.

With Our Racial-Justice Partners 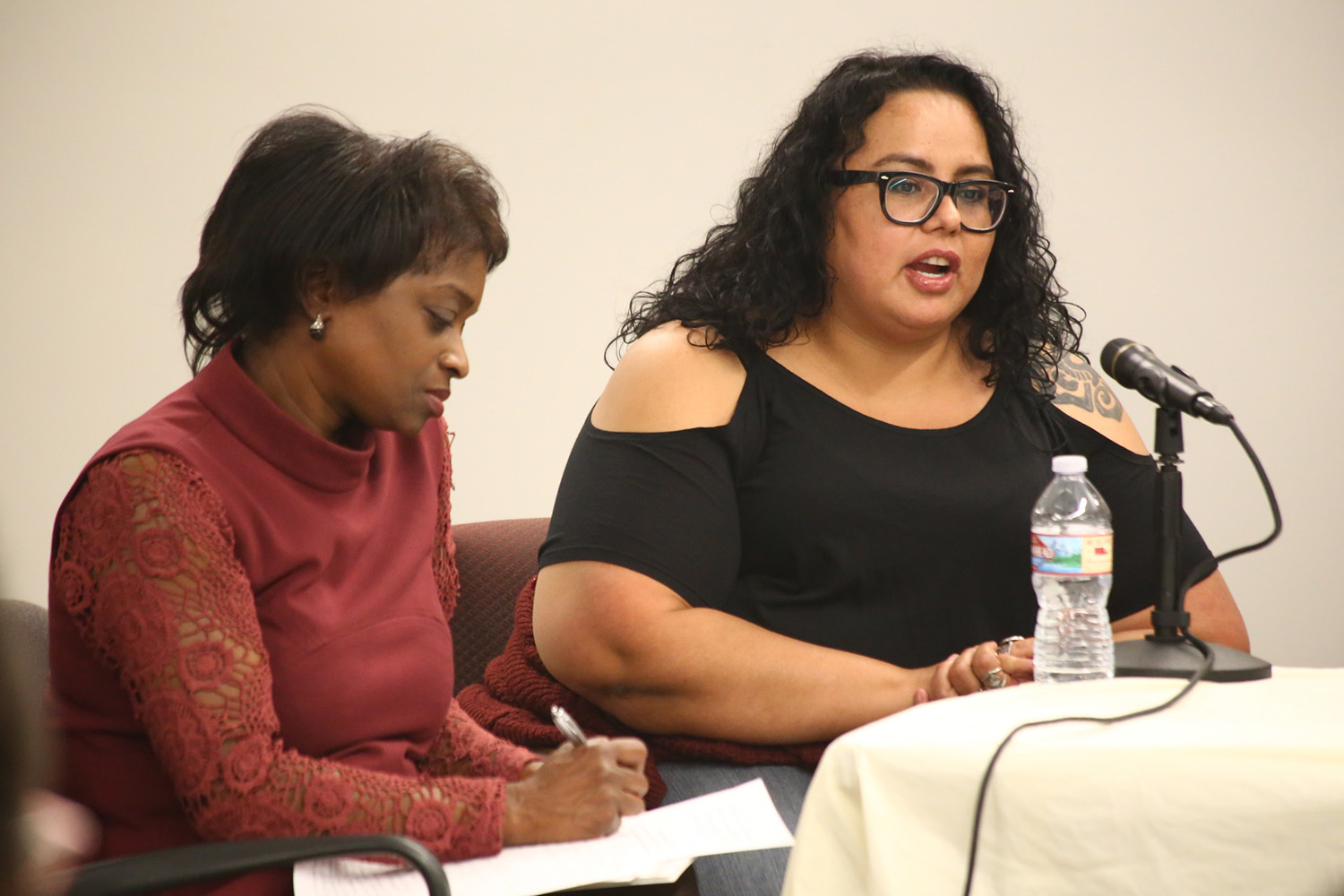 With Our Racial-Justice Partners

Earlier this year we teamed up with our partners in Voices for Internet Freedom — which fights for the digital rights of communities of color — to organize standing-room-only community forums in Atlanta and Los Angeles. In October we held a lobby day on Capitol Hill to underscore how people of color depend on the open internet; in the coming months we’ll hold a series of actions at the FCC and elsewhere.

When an Internet Connection Is a Lifeline

Killing the Net Neutrality rules would undermine the Lifeline program, which subsidizes phone and broadband access for families struggling to make ends meet. Lifeline is already in jeopardy thanks to longtime efforts to gut the program — efforts that have found an ally in FCC Chairman Pai.

Jessica J. González, our deputy director and senior counsel, addressed these attempts to demonize the poor and people of color in her powerful Senate testimony in September.

“Parents shouldn’t have to choose between internet access and food for their families.”

Strong local media helps you and your neighbors participate fully in your communities and hold local leaders accountable. But runaway media consolidation has gutted local newsrooms and deprived people of vital news and information.

Our News Voices project, which we launched in New Jersey in 2015 and expanded to North Carolina earlier this year, connects residents and reporters to address the local-news crisis. 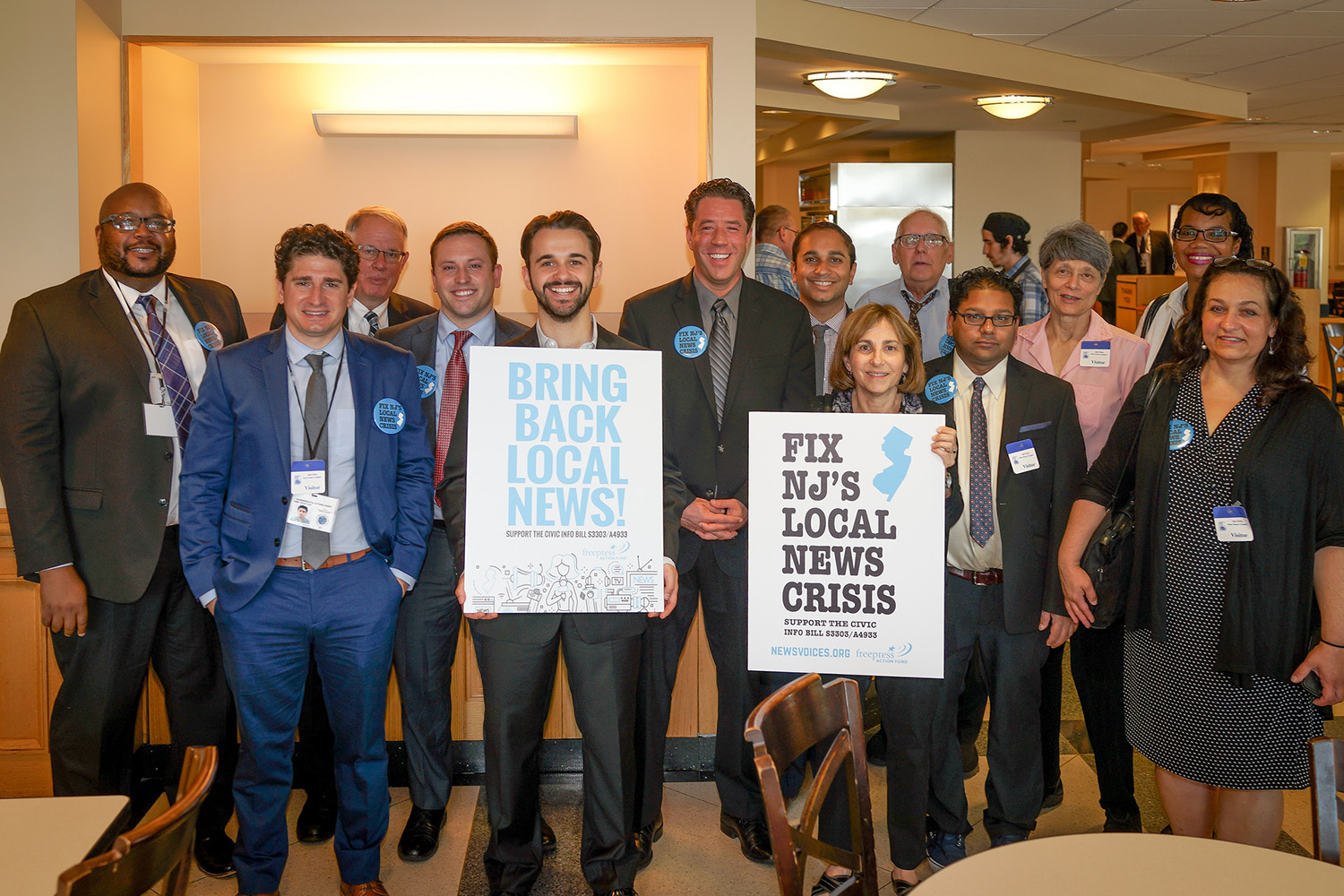 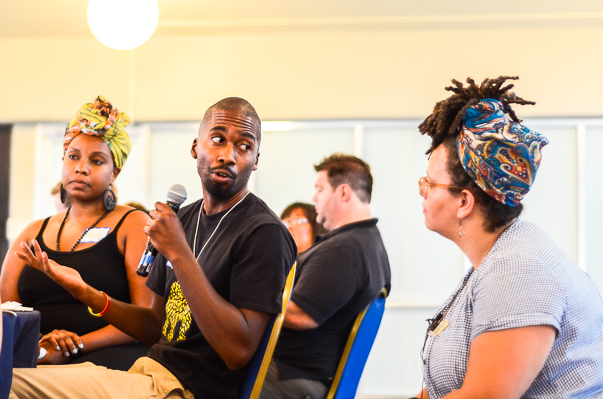 Free Press Action Fund member Simon Galperin shares why he came to Trenton to advocate for the Civic Information Consortium.

Earlier this year New Jersey received $332 million from auctioning off two state-owned public-media stations. We’ve proposed dedicating a portion of this windfall to a fund that would support essential local journalism. In June, we helped draft a bill that would lead to the creation of the Civic Information Consortium, a partnership with five state universities that would revive and strengthen local media. The consortium — which would invest $100 million over five years — would emphasize journalism and civic-tech projects serving people of color and other communities news outlets have misrepresented or ignored.

“The public needs to know what’s going on locally, not just nationally.” 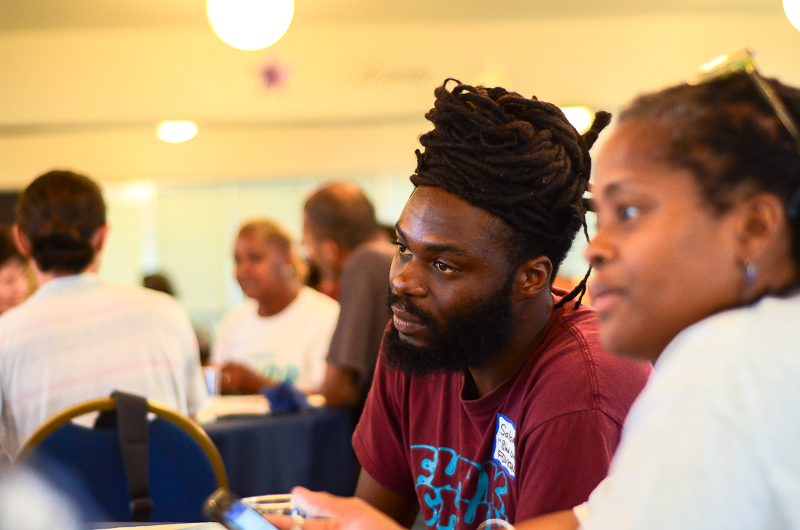 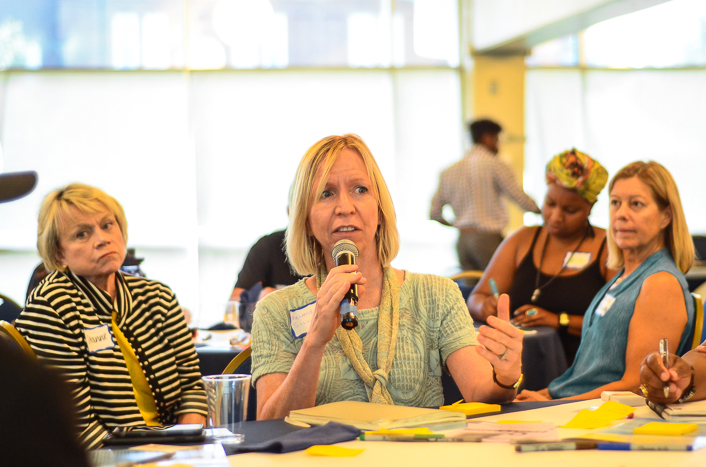 We launched News Voices: North Carolina in April and are already forging deep connections to residents, community groups and journalists in places like Charlotte and Durham. Our August forum in Charlotte explored how the city’s current struggles are rooted in its history of racial segregation and discrimination. Community members sat down with reporters and discussed the news coverage they think the city needs to move from talk to action to address longstanding inequities.

There’s a dire need for stronger local media throughout North Carolina. In the coming months we’re releasing research on the state’s news-and-information needs, partnering with our networks to build collaborative projects and trainings, hosting a workshop for journalists, and planning for our next big community forum in early 2018.

“I’m tired of people asking me to forget the past. I want us to recognize and rectify the past.”

The Sinclair Broadcast Group wants to buy Tribune Media — which would let a company that regularly broadcasts racist and Islamophobic rhetoric reach a whopping 72 percent of homes in the United States. To make matters worse, Chairman Pai is rewriting the FCC’s ownership rules to ram this deal through.

Free Press is leading the charge to stop this merger. We’ve entered a formal challenge at the FCC, filed a lawsuit over the agency’s illegal rule changes, and teamed up with allies to submit more than 100,000 petitions against the deal. We’ll challenge any efforts to further dismantle media-ownership limits at the FCC and in court. 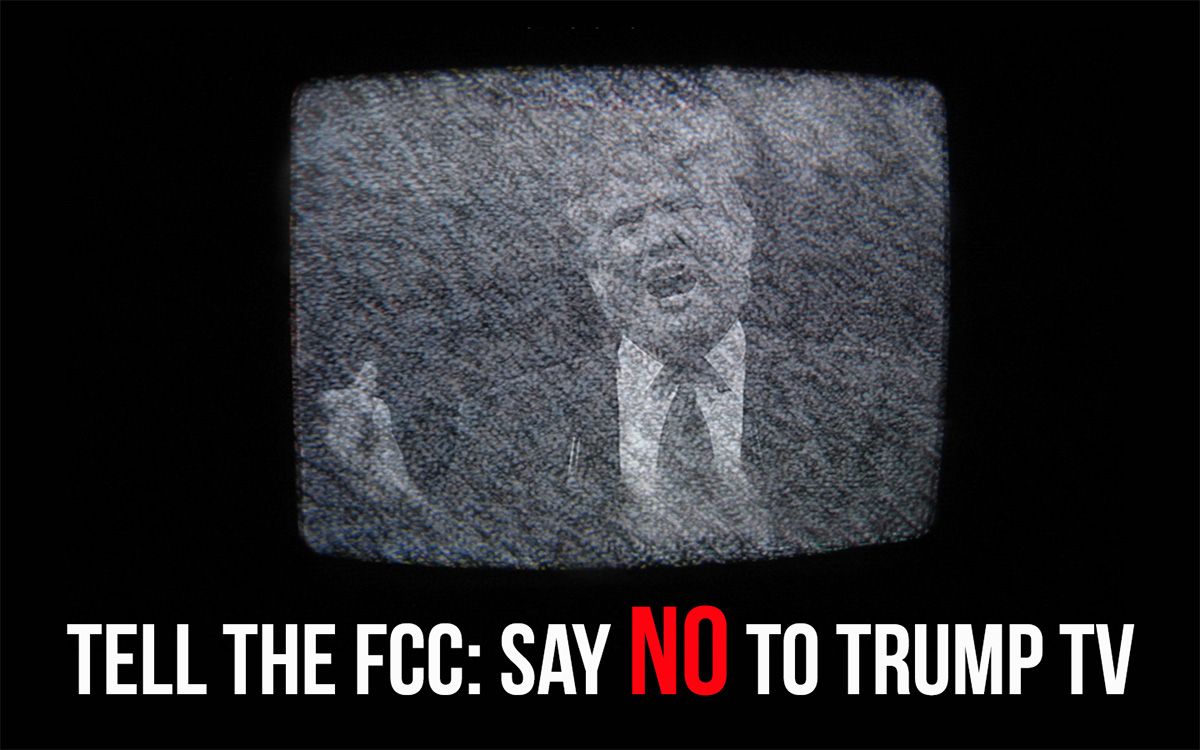 Since our founding 14 years ago, we’ve beaten daunting odds over and over again. We led the fight to get the existing Net Neutrality rules passed at the FCC. We’ve stopped dangerous mergers. We’ve gotten the truth out. We’ve come up with innovative solutions to the local news crisis.

The key to our success? YOU. And right now people power is the only way to defeat the Trump administration’s authoritarian agenda, the policymakers who support it, and the companies that fund it.

We don’t take money from business, government or political parties — and rely solely on the generosity of charitable foundations and individual donors like you. 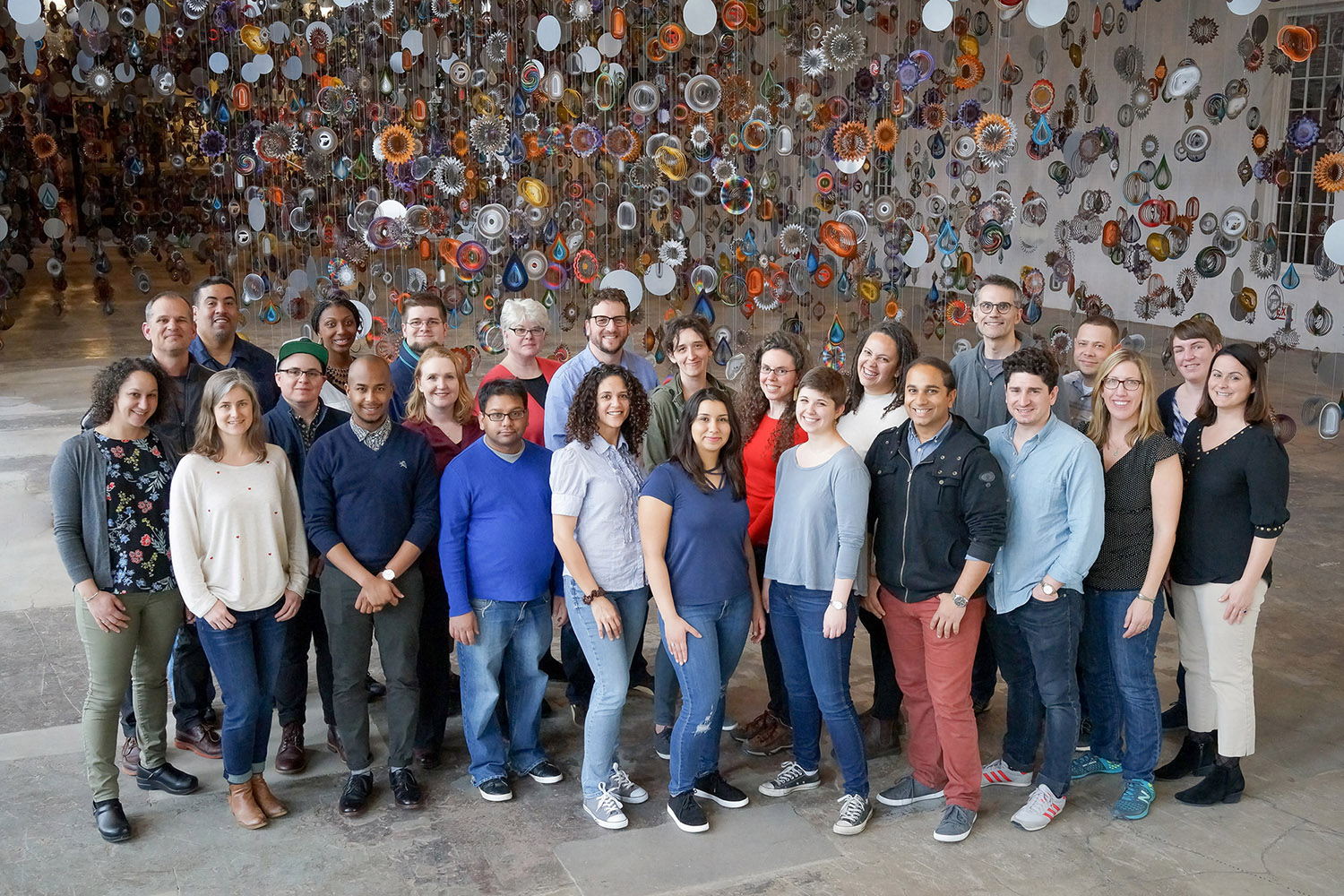 Free Press is working hard to challenge the Trump regime and fuel the resistance. But we need your help to seize this moment and mobilize millions of people.